Last week in the Heavy Metal Mutant Future we looked at the Harry Canyon sequence to see how it affects the setting and what we can do with it.

Before I get into the second sequence, Den, I have to point out the number of nods to Heavy Metal found in another of my favourite movies – the Fifth Element. The similarities between the characters of Corben Dallas and Harry Canyon are hard to miss, and the bulbous police outfits in Fifth Element were definitely the design work of Jean Giraud (Moebius) who was the artist who’s style was emulated in the entire Harry Canyon sequence and are reminiscent of the outfits worn by the characters hunting for the jade in the opening of Harry Canyon.

Then of course we get to Den, authored by none other than Corben, namesake of the cab driver himself.

Den finds us in a world of dust, deserts, and strange humanoid mutants. Most warriors carry melee weapons, with only a few firearms still operational (and most of them are fully automatic – which gives me the impression that it’s not guns that are rare, but ammunition. In this case, the “best” guns are the ones that get ammunition). 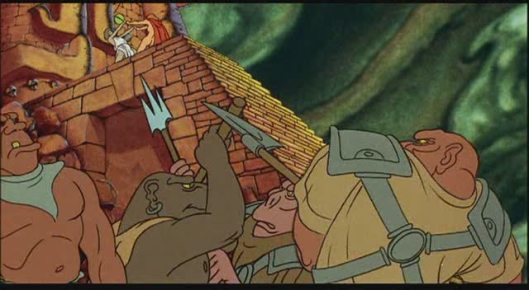 People fly around on giant mutated insects. Mutants are wimps when compared with the awesomeness of the Pure Strain Human (just check out Den’s massive Charisma… which he refuses to leave hanging out while walking around the wasteland in the movie version). It’s really while watching the mutants fight it out at the pool of Uhluhtc that I realized this was the perfect Mutant Future setting. When compared to the average human, the mutants of this setting are dim-witted, foolish and easily-broken creatures waiting for human leadership.

This is a story that takes place in the wastelands outside of the major cities of the world, after the mutant wars (for more adventures in this setting, watch for part 4 of this series in two weeks as I examine the world of Taarna). 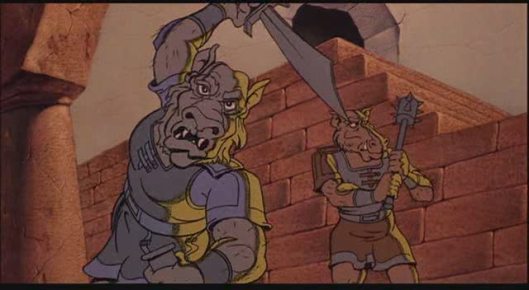 The average mutant human or animal in these wastelands has few non-cosmetic mutations – making the average grunt NPC just a one hit-die character with average stats (take a Labyrinth Lord orc as a sample “mutant”) and although no “real” mutations beyond the incredible regenerative capability of one of the mutant humans are shown in the actual movie, it would take little work to throw in a few in a game dealing with wastelanders while still having the setting feel like that of the movie.

This is a setting where we can play classic Conan-esque adventures while remembering that there is something more to the world that we have lost, that the characters are living in some ruined future of the world we live in now. 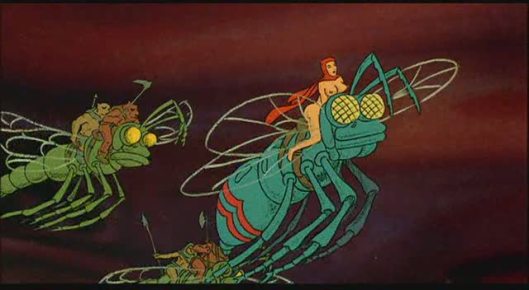 Next week in the Heavy Metal Mutant Future we look at two clips together and how they change the setting concepts drastically from traditional Mutant Future – Captain Stern & So Beautiful and So Dangerous.