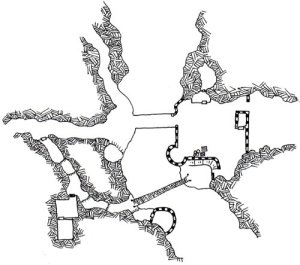 Tribute to the Chasm Bridge

But Christmas or not, it is Friday again, and even though I’ve let the rest of this blog slip, it is time for another Friday Map.

This map was inspired by the adventure in the promotion for the first ever issue of Dungeon Magazine (the promo was included as an insert in an issue of Dragon at the time).

The Chasm Bridge is a small fortress and bridge over a chasm in the underdark. Obviously the characters will have to cross this bridge to get to where they are going, or end up spellunking randomly through the underdark to find an alternate routing.

There are in fact two bridges here. The main bridge is a massive stone structure of unknown construction that was built centuries or even millennia ago. Below it and to the South is a smaller rope and wood bridge that has been errected by the gnomes who defend the fort here.

For on the far side of the bridge is a gnomish fort and toll-gate with many gnomish crossbowmen manning the battlements to fight for their toll, if necessary. 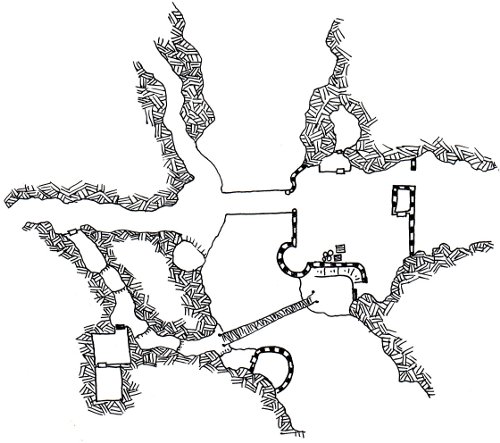 Tribute to the Chasm Bridge

11 thoughts on “[Friday Map] Tribute to the Chasm Bridge”