If you’ve been hanging out around the cool cartographers on google+, you’ve probably run into the work of Kevin Campbell. The man has recently started drawing maps again after an age-long hiatus, and has brought some crazy awesome skills and a very unique eye for dungeon design to the table.

I’ll be posting his creations mingled in with my own maps for the next while, and there will be an archive page to find his maps on the blog without having to run through the 180 or so maps of my own that I’ve posted so far. 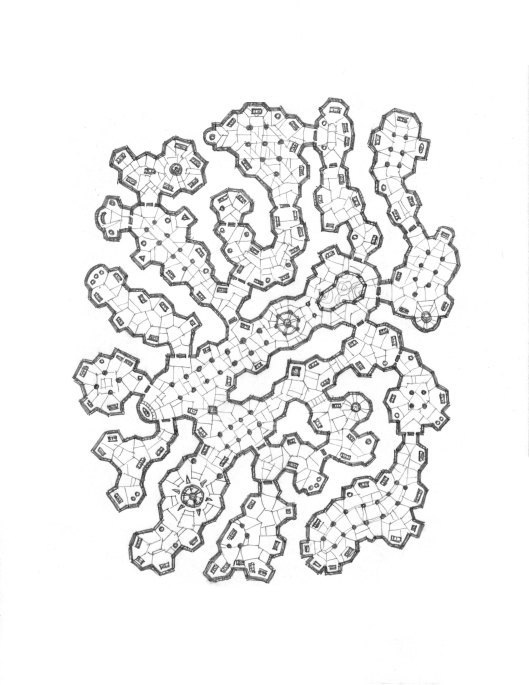 I’ve been reading a lot of old Stormbringer supplements lately (stuff from the very early days of that game) and this dungeon makes me immediately picture a major church of one of the lords of chaos. It is definitely going to be a nightmare to map for any party foolhardy enough to enter.

On the concept of chaos gods, the other immediate image I get is the bridge area of an ancient 40k space hulk that has just returned from the immaterium far too close to the region of space where the PCs are currently operating…

What do you see in the twisting corridors of Kevin Campbell’s imagination?