More Kevin Campbell awesomeness. If you haven’t been keeping track, I’ve got all of the maps of his that I’ve posted to the blog in the last two months over on it’s own page: The Kevin Campbell Map Repository. 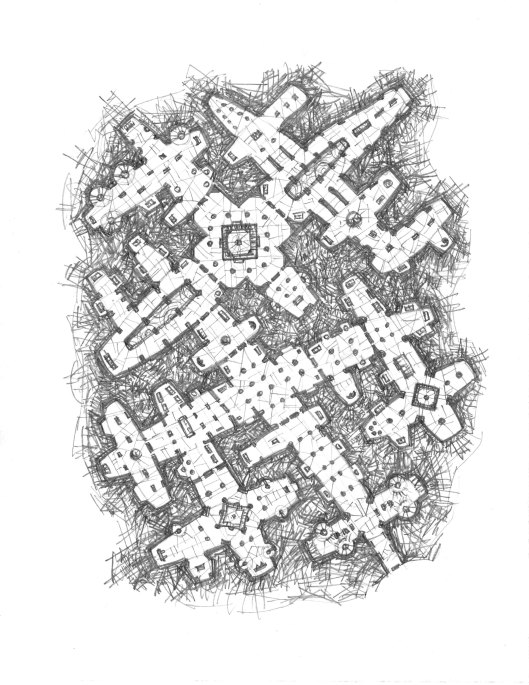 My first impression of this map is that the nice angles of the interior feels like a chunk of Space Hulk that was originally a Tau or Eldar space ship instead of the majority which were once Human ships lost to the immaterium. So yeah, double the alien strangeness – the clean smooth lines and high tech of Tau design, now bent and corrupted by chaos and the immaterium after centuries lost there without a Gellar field.