As I feared, the Dwarven City is going to be more than 3 maps. Probably a LOT more than three maps. At least three maps just for level 2. But that just means more Mega Delve for everyone! 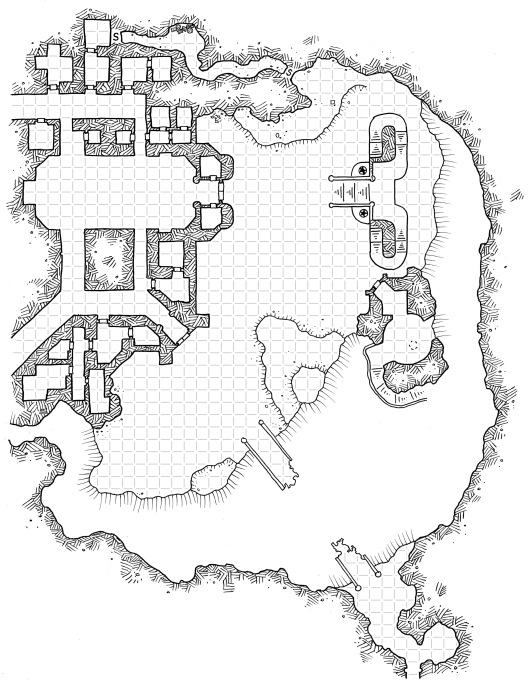 I’m enjoying the fact that the MegaDelve has had a lot of large spaces so far, and felt that it would be awesome for the PCs to first encounter the Dwarven City in a way that would be immediately visually striking. The typical entry to the city would be via the Mushroom Cave, through the Ogre Base, and then down either of the two staircases… Into a massive underground chamber nearly 150 feet tall with a facade of dwarven architecture facing them as they climb down the spiraling staircases.

This is the Marble Hall – not intended to be a primary entrance into the city, but it has become the easiest way into the city since the destruction of the great gates on level 1 of the city (we’ll get there, honest!).

Most of this area is typically abandoned, unclaimed by any of the factions and groups within the delve. It is instead home to stirges that nest near the top of the natural chamber and giant spiders that climb up from the depths beneath. The halls themselves feel desolate and haunted, with oversized marble reliefs of dwarven warriors, engineers and priests looking down upon those who trespass within.

And here’s a version of the map without grid: 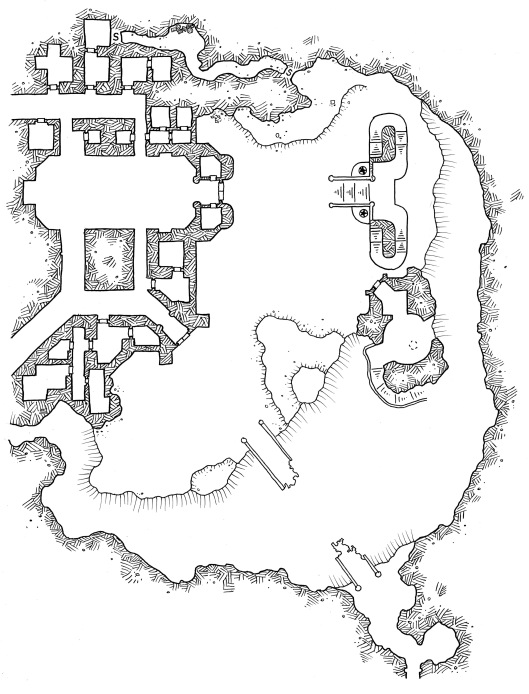