The various sections of the Dwarven City in the MegaDelve are named after the large halls that they are centred about. While the last map was the Marble Hall which is the main entrance into the abandoned city, today’s is its neighbour – the Hall of Bronze – named after the massive bronze statues of dwarven champions that decorate the great hall. 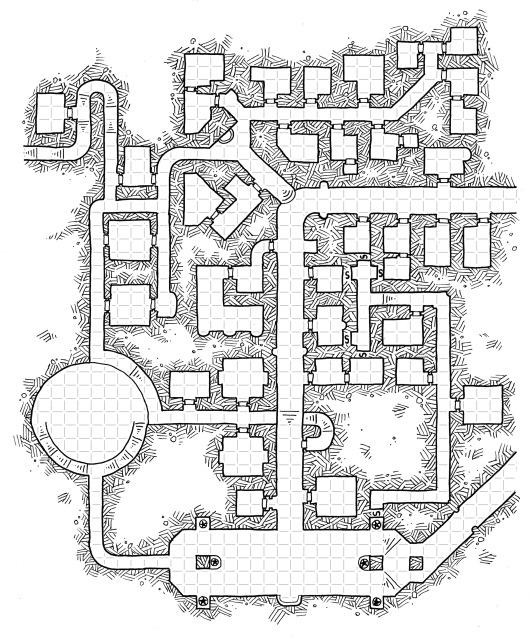 The Hall of Bronze (with grid)

This is the most dense and honestly the least interesting map so far in the MegaDelve – focused primarily around dwarven living quarters, the Hall of Bronze and The Descent. The Descent is the large circular chamber over 80 feet across on the left side of the map. This chamber spans all three levels of the city, with stairs leading up and down to levels 1 and 3.

Now’s when I also have to admit that I haven’t figured out what faction controls this part of the delve. The entire content of the dwarven city remains in that state in my mind – I’m not sure what or who is living here currently, except that it’s not the obvious LotR goblin hordes…

What would you have living here? 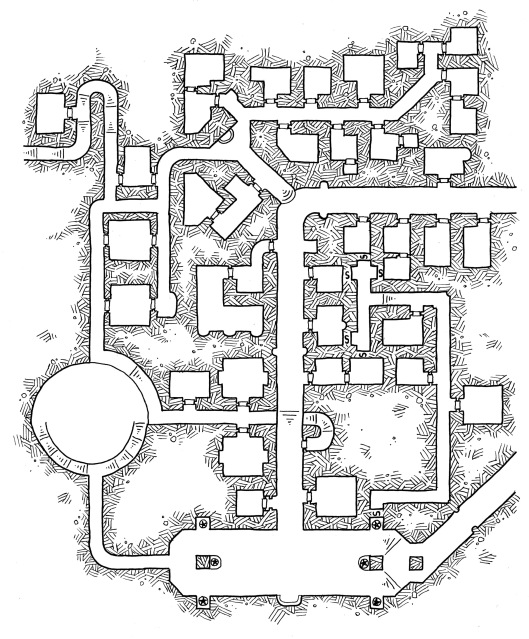 Hall of Bronze (no grid)

8 thoughts on “[MegaDelve] The Hall of Bronze”