I had this crazy idea that it would be way more fun to have die drop tables instead of traditional wandering monster tables for the Mega Delve. So I slapped together one to test the concept out.

I’m not ashamed to say that it turned out a bajillion times better than I expected it would. No, seriously,  this excites me at a totally inappropriate level. Something about the design has me fucking GIDDY WITH JOY.

I mean, check it out (click the image to get the PDF version): 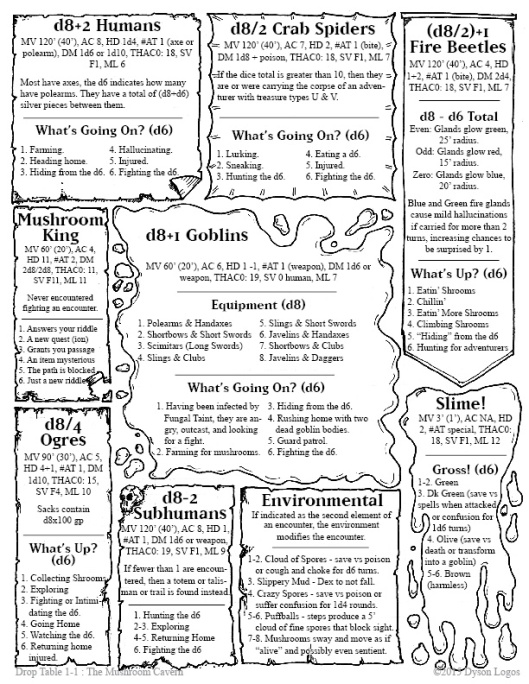 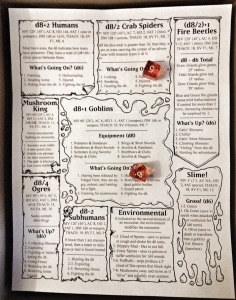 Here’s some samples of it in action:

This gives us 7 Goblins equipped with Javelins & Handaxes out on Guard Patrol. A fairly typical wandering monster encounter for a level 1 zone.

I rolled another five sample encounters which were:

1 Ogre with 300gp out Collecting Mushrooms (no matter how much they would like to, it’s hard to keep the pots stocked with humans and goblins for dinner) 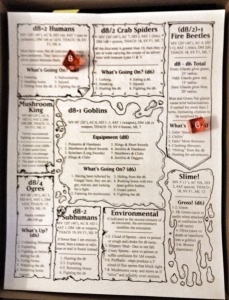 This gives us 10 Humans (6 with pole arms) carrying 14sp, fighting 5 Fire Beetles with weird green glowing fire glands (that cause strange hallucinations if you use them for long).

Oh yeah, I almost forgot. The Mushroom King entry over on the left side of the drop table? That’s this awesome guy – an illustration by Jim Magnusson that I received as a postcard in the mail the other day who ended up inspiring me to draw and write up this whole monster encounter table. 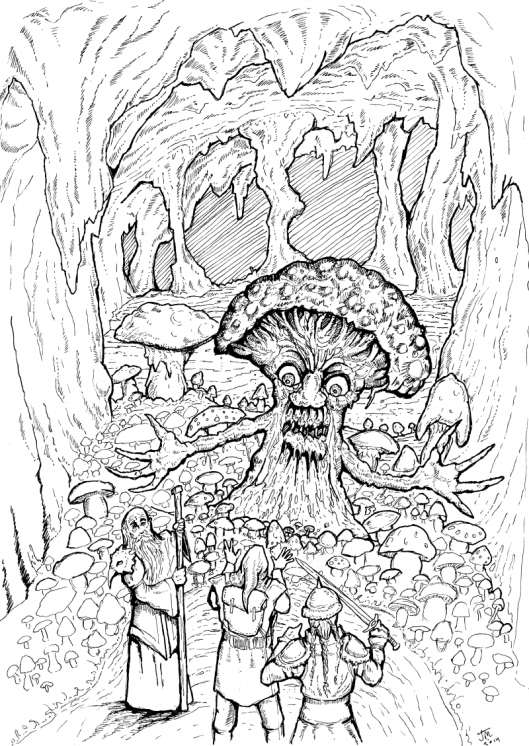 Court of the Mushroom King by Jim Magnusson

You can see his awesome stuff at his blog. And you can support him on Patreon too!