This is an awesome flashback / forward for me.

Back in the late 70’s TSR put out a lovely four-page character “folder” for AD&D. The style was very similar to the famous “goldenrod” character sheets except these were printed on thicker white paper stock, with blue ink on two sheets and black on the other two, and the border extends all around the sheet instead of on three of four sides. 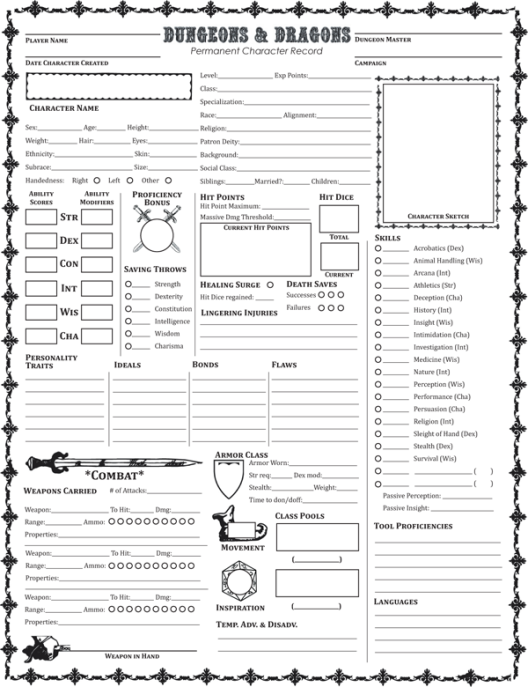 But this is actually a Fifth Edition Dungeons & Dragons character sheet done up in that same style by Paul Longino (who goes by the name of MexicanTappingWhale on Reddit). When I first saw them on Reddit I immediately reposted them to my google+ feed where they got a crap-ton of positive feedback (and where a lot of people mistook the white permanent folders for the more memorable goldenrod character sheets)

Thus I am very excited to be able to host these sheets for anyone who wants them – they are actually five pages instead of four, but you can pick and choose between the two different spell sheets as the third page.

You can download the character sheet by clicking on this link.