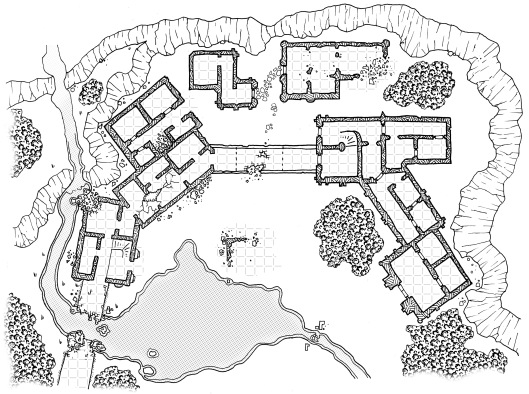 The Temple Ruins (with overlays)

Ancient temples fallen to ruin hidden deep in the jungle. Sounds like the setup for any number of pulp adventures and one I haven’t drawn nearly enough of (although I’ve run a fair number of adventures over the years with this exact premise… or the “twist” of it being an ancient palace instead of a temple). 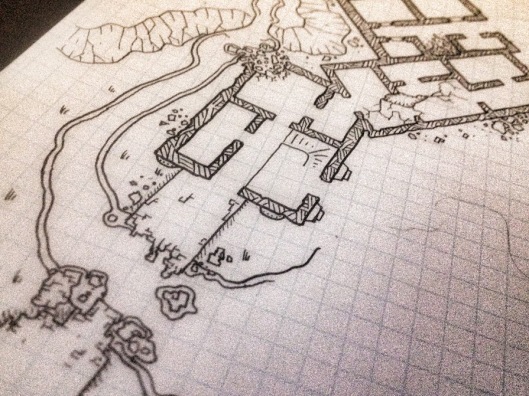 I’m not sure how well I got my mental image across in this map in the end. The idea is that the front-most two buildings on the left are two stories tall with their lower stories mostly collapsed rubble, and the central piece being a second-story bridge that connects the two sides. But regardless of the success or failure of getting that multi-level vision across, the final map is still one I quite like and look forward to using in a game… 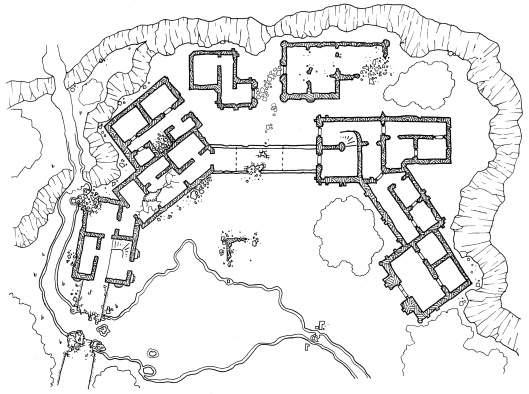 Perhaps the more intact structures on the right are intact because they are not only away from the water, but they are riddled with traps and magics that keep local looters away.