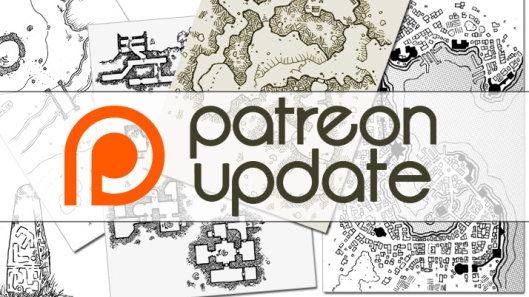 With the current success of the Commercial Map releases from the Patreon Campaign, I’ve finally figured out what to do as the next goal in the campaign:

Every month once we achieve this next goal I will select a set of 6-10 maps that I would be happy to release under the free license (meaning maps that I feel are of high enough quality that I won’t be embarrassed to see them in someone else’s book). Then all active patrons will get the opportunity to vote on which one we’ll release that month, changing the license on the map and adding it to the list of commercial maps available from the blog.

If this retroactive relicensing is well received and popular enough, I figure I can increase the number of maps being released each month at $50 increments (well, until we run out of back catalog to release!)