Many parts of the city are built up over the ruins of civilizations that claimed these lands in ages past. While some forget the roots of the city, others are forced to confront them on a daily basis. 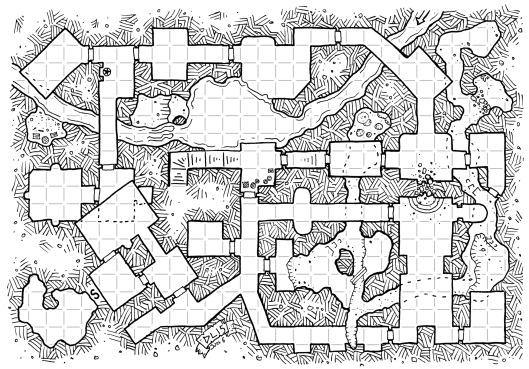 Forty feet below street level in one of the poorer districts of the city, the stairs to Hamel’s Well open up to an underground stream and pool bordered by ancient rooms made of fine stonework. Both doors out of the well room are locked at almost all times, but the southern door shows signs of frequent usage. 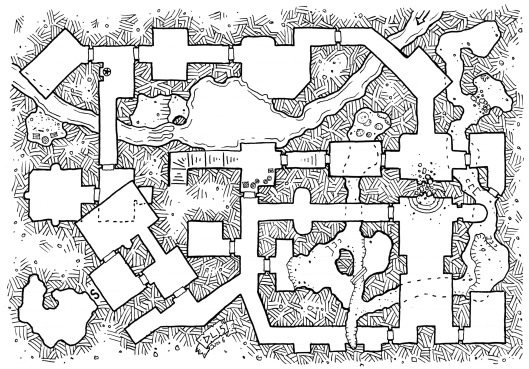 A gang of thieves (Toren’s Crew) operates out of the deeper ruins on the south side, but avoiding the natural caves down below. Both the members of Toren’s Crew and some of the townfolk who are down at the well most often have seen movement and the glitter of light from the north side structures. Most picture the northern area to be home to a lone hermit or perhaps a few shuffling undead – remnants of those who built these chambers in the shadowy past.

This map is made available to you under a free license for personal or commercial use thanks to the awesome supporters of my Patreon Campaign. Awesome folks like Andy Action, Joe, Matt Maranda, Joe Johnston, and over 300 other patrons have come together to fund the site and these maps, making them free for your use.