The last two games I played in I got to be the party mapper. This isn’t a role I push heavily in my own games as I often sketch out the map as we go when I’m GMing a game. But occasionally we’ll hit an area that’s simple enough that I don’t draw it out as we go, in which case James typically pulls out a pad and starts mapping out the environment (or at least a flowchart of said). 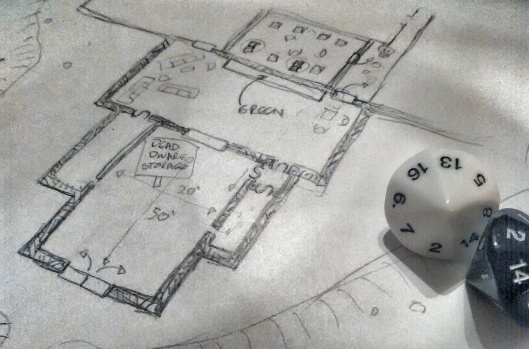 Here’s the map I drew as we were playing a DCC game (I won’t name the module to avoid major/minor spoilers). A bunch more got mapped out by the end of the game, but I forgot to take a photo at the session’s end and the map is still sitting on or near the GM’s table waiting for our next session next weekend.

I’m also playing in an Empire of the Petal Throne campaign being run by James Maliszewski where I have taken on the role of mapper after learning the ink and paper making skill when my character reached level 2 (he hit level 3 last game, which is just slightly exciting). 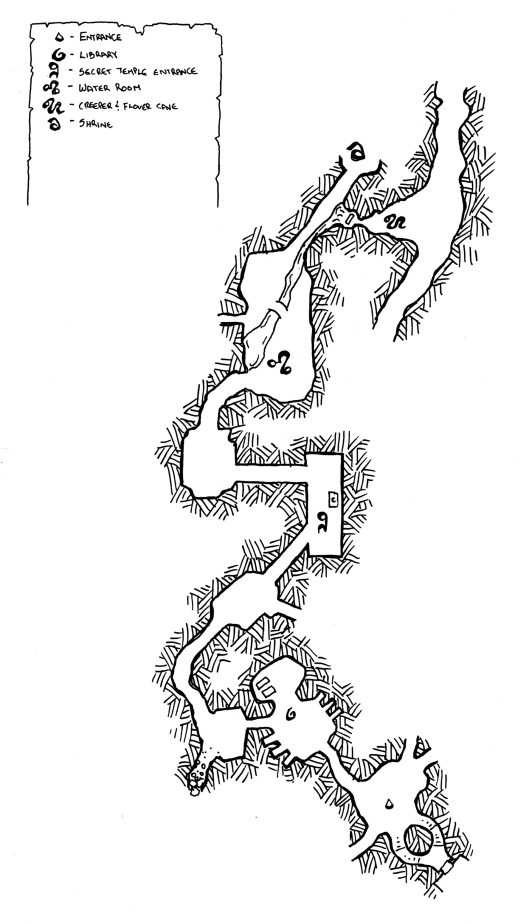 This is the map of the first and third sorties into the underworld in that campaign (after the first eight sessions of dealing with the interclan complexities of the misappropriated goods of a deceased clan elder). I missed part of the second sortie due to a flaky internet connection, so the shrine area and stuff beyond said are missing from this map.

While the DCC map is pretty precise to the actual map of the adventure we are on, I’ve been taking a lot more liberties with the EPT map because it is from an online game where descriptions are more along the lines of “the cave twists and turns and bends to the left before opening into a natural cave that has been worked to a more usable shape by persons unknown”.