The worship of the Snake is a recurring theme for evil fantasy religions with a long history of awesomeness and strange cold-blooded civilizations that predate humanity. So when Chris Williams asked for a Temple of the Snake God, it just made sense – bringing forth memories of Thulsa Doom and the module I’m currently running for my D&D5e crew – Dwellers of the Forbidden City. 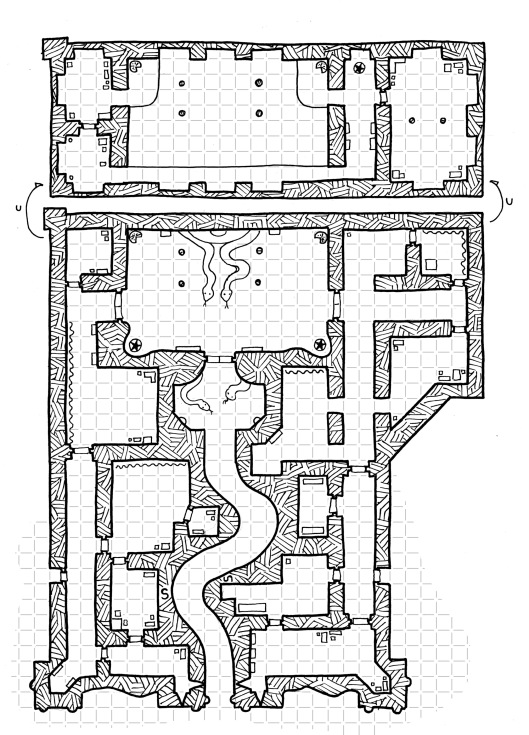 Temple of the Snake (with grid)

There are three entrances into the temple (and the possibility of climbing up to the second floor and just smashing in one of the windows there). The front entrance (or the windows) are the easiest and quickest way to get to the main chamber of the temple, while the side doors lead to the chambers where priests and staff and records are kept – potentially slowing down the adventurers and providing many additional chances for the residents of the temple to raise the alarm. 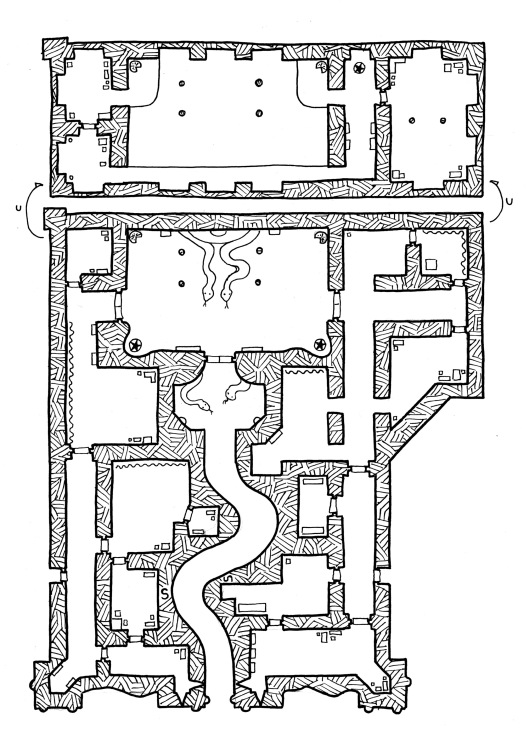 Temple of the Snake (no grid)

The long sinuous corridor down the centre of the temple will certainly make adventurers feel they are walking into a trap… and if the DM decides to run with that there are a pair of secret doors that lead into the corridor that can be used to cut off retreat.

6 thoughts on “[Friday Map] Temple of the Snake”