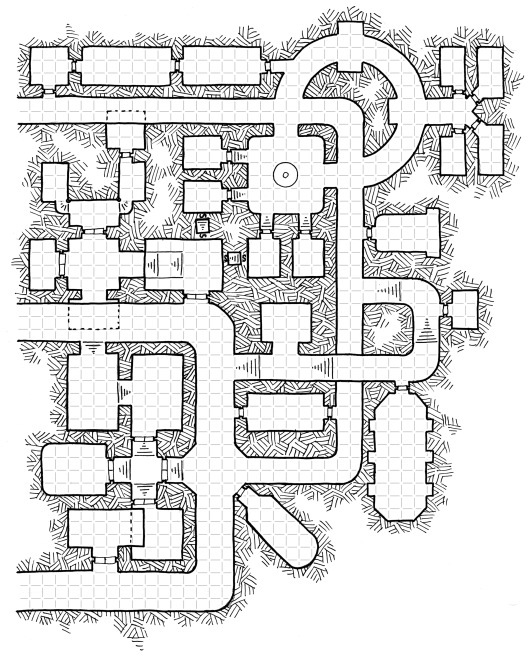 I was in the mood to produce a dungeon with a larger basic structure than most, featuring 20 and 30 foot wide halls of immense length as the baseline instead of twisting 5 & 10 footers.

This is the final piece in that dungeon.

I’m particularly happy with the upper right corner with the circular hallway. Also, if one wanted to extend the dungeon, I would link the elevated chamber (or the curved passage right past it just before the stairs back down) to the mines for this massive fortress. 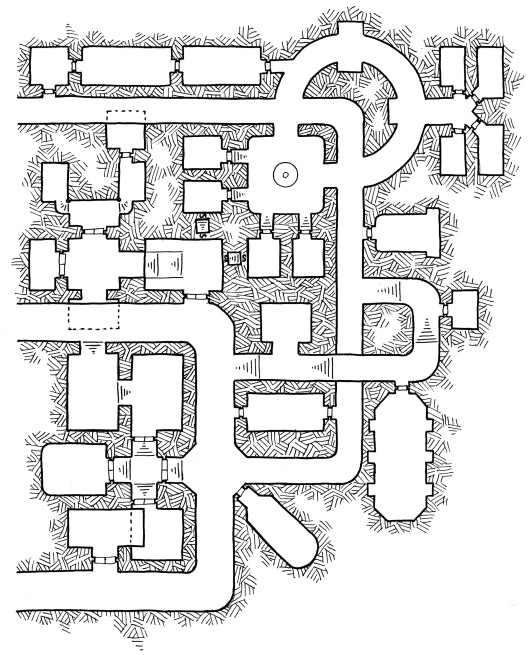 And… here’s what the four maps look like when spliced together: 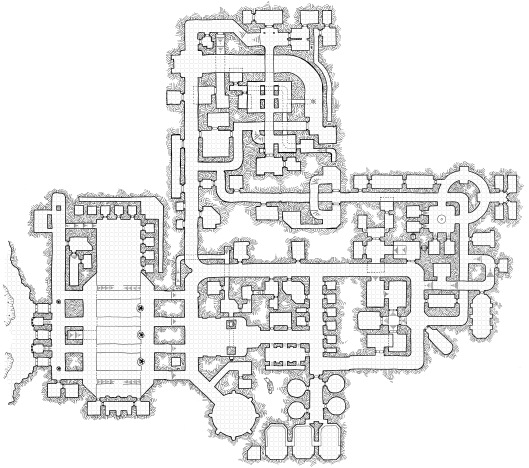 As a new year’s gift to any publishers who want it, I’m releasing all four of these maps (plus the combined map) under my free commercial license. Later today I’ll go back to the original three maps and add the commercial license language to them also.

5 thoughts on “The Giant’s Halls – Complete!”