I can’t remember exactly what triggered this map. I was probably planning to use it in my 5e D&D campaign, but for the life of me whatever the idea was it is long gone.

But the map remains. An octagonal tower guarding a bridge over a small ravine. 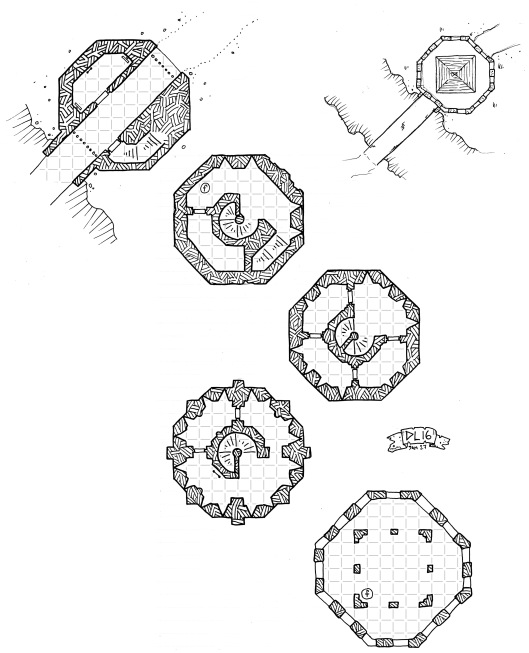 The Tower Bridge (with grid)

Access to the bridge requires going through the ground floor of the tower. Portculli (with winches controlled from the northwest side chamber on the ground floor) can seal off the passage, and both doors from the passage are incredibly stout reinforced oak with that can be triple-barred from the tower side. Stairs lead up on the southeast side, while the winch room has a ladder leading up to the second level.

The second level features a storage room, braziers, barrels of oils, and many many murder holes as well as access to the central stairwell that leads up to the third and fourth levels which contain makeshift offices, living quarters and finally the rooftop open-air structure within the battlements.

1 thought on “The Bridge Tower”