When betrayed during her plot to take the throne from her sister, Diane the Thrice-Damned retreated to this small fortress for the next five years along with the witch Enshelon and the company of a few loyal men at arms. 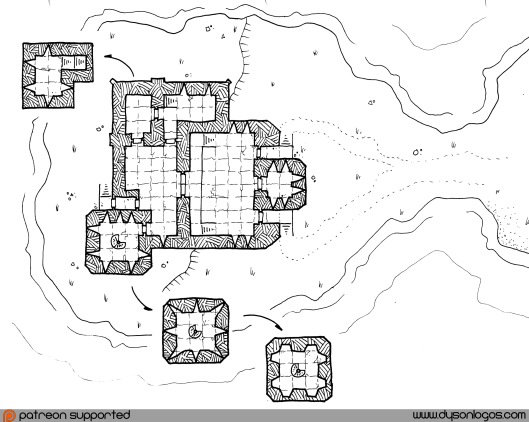 Fortress of Diane the Thrice-Damned

The fortress had been a guard fort in previous years, marking out the oceanside limits of the throne’s lands. With the turmoil caused by Diane the Thrice-Damned’s attempt at the throne, it was easily taken over by her small retinue and her sister chose to ignore her presence there, not willing to continue the conflict against her own kin.

Diane was welcomed back (at a safe distance) five years later when the war with the Durgan Men began, and she and the witch Enshelon were important in the later conflicts until they both were captured at the battle of Karos Vale and subsequently executed by the Durgan Council of Warriors.

8 thoughts on “Fortress of Diane the Thrice-Damned”