In the old battlegrounds of Four Demons Gorge are the ruins of many goblin fortresses and structures. Few survived the ravages of the goblins and the occasional incursions of the elven warlords that swept in to keep the goblin hordes in check.

Angarth Citadel stands to this day, cut into the gorge wall between Stone’s Throw Divide and Little Black Stream. Obviously constructed in some manner not typical of goblin-kin, the outer structure appears to be molded directly from the stone like clay, but the inside appears to be assembled from massive 10 foot blocks of reddish grey stone. 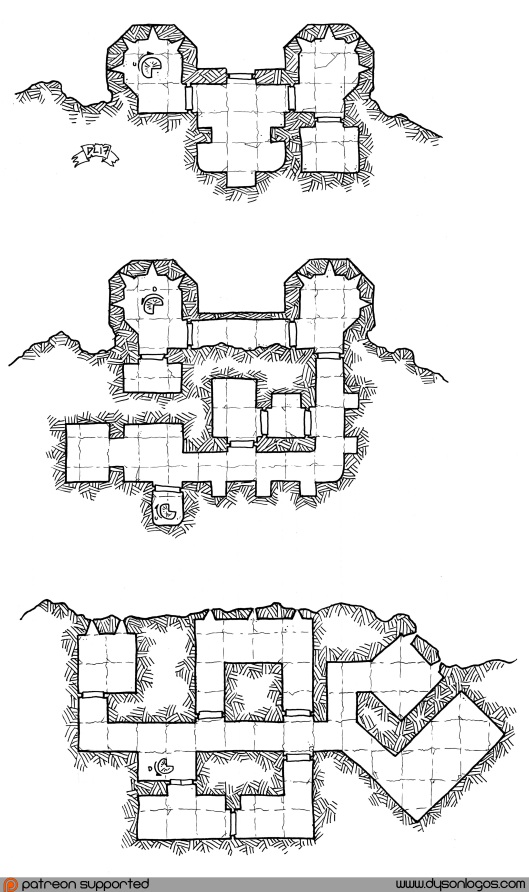 Inside, Angarth is a strongly defensible three-story structure with two half-towers projecting from the wall of the gorge. It has been home to a number of goblin lords since its creation – many claiming to be ur-goblins, but at least a few of them have had the powers and magical prowess to actually fulfill these claims.

Today, a new evil has taken the throne of Angarth and is assembling a new army, just far enough away from the human kingdoms to be out of mind and difficult to send an army after, but close enough that it may soon pose an imminent threat.