The tombs of the Mosogret estate were among the structures collapsed and destroyed when the place was overrun by the forces of the city of Tuath and the dwarves of the EarthShip Krohku. The estate lay quiet for a few decades, but the slate quarry was reopened by enterprising locals and parts of the estate are being converted into housing for the quarry-men. 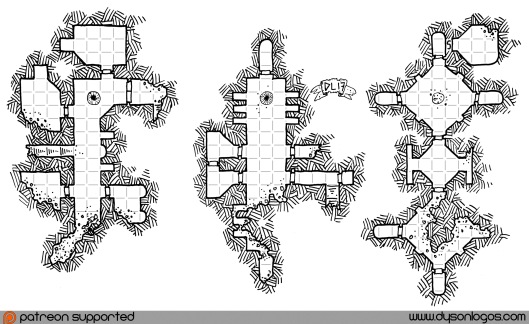 But Jonas, one of the quarry workers, had taken to grave robbing some of the minor sepulchers of the estate. But under one gravestone, he found a small hole… leading into the partially collapsed Mosogret Tombs. Someone else figured it out the next day when they found his tools around the hole, but Jonas was long gone selling some old golden trinkets he had found.

But the worker that found the hole the next day crawled down to see what was there, and never returned. The rest of the quarry-men have tried to seal the hole, but the word has already spread in the city that the tombs have been found and unsealed, and that Jonas found a jewelry worth thousands therein. And who’s going to defend the sanctity of tombs from a family of elf-loving turncoats who fought against humanity? 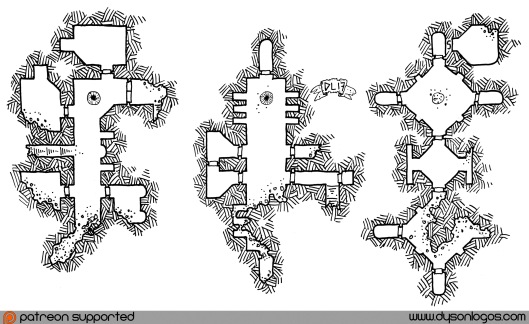 The actual tomb structure is difficult to explore – all stairs between levels have been destroyed as well as the proper access points. The only entry is via the hole in the southwestern corner of the top level map (on the left). Access between levels is via the one remaining air shaft that still connects the three levels of tombs.

And of course, traps and other guardians are probably present to ward against grave robbers.

2 thoughts on “Collapsed Tomb of Mosogret”