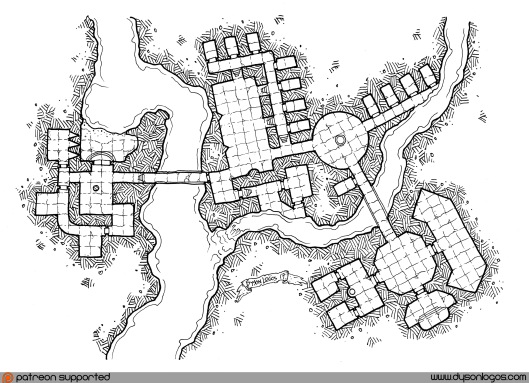 Swiftwater Monastery is cut into the caves where a smaller and faster tributary of the Darkling River joins it.  The monastery has a number of cells for monks in the central section, the main entry in the left section, and library, master’s chambers, and meditation room in the lower right. Each section is built around a “courtyard” with a high ceiling for training, practice and meditations. The sections are connected by bridges which pass above the two rivers – ten feet above for the one on the left over the Darkling itself, and about three feet above the Swiftwater on the right.

5 thoughts on “Heart of Darkling – The Swiftwater Monastery”