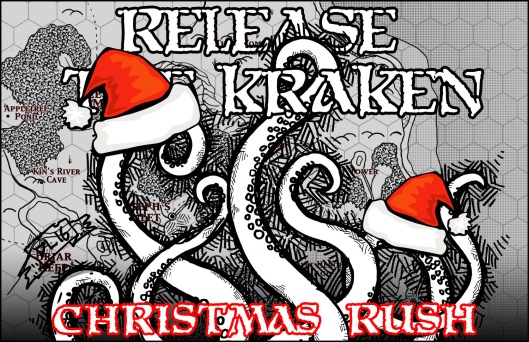 With all the weirdness and rushing around this month between Patreon and Christmas, I didn’t put up the usual poll to decide on what old maps would be re-released under the Release the Kraken process this month.

So instead I’m releasing one every day (except the days I normally release maps) for this week (Monday, Wednesday, Thursday and Saturday). These have all been drawn from amongst the oldest maps on the blog – chosen both for style and for those that I am able to clean up into usable releases. 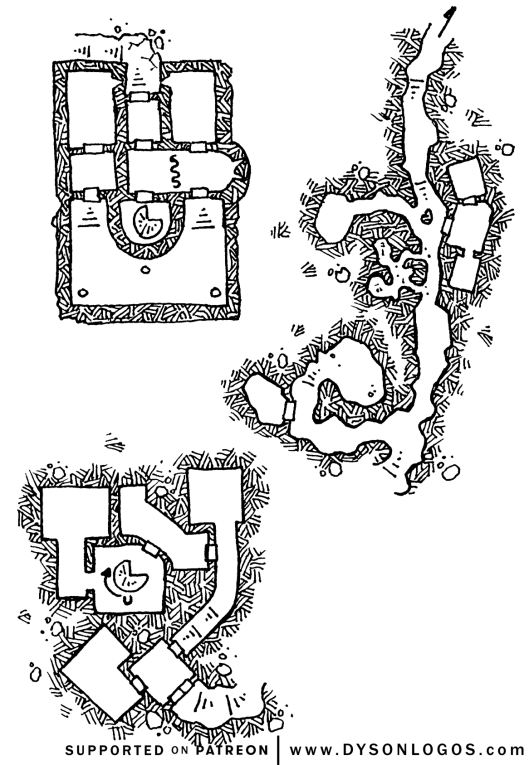 Epherin’s Keep has seen better days. The stairs to the keep door are badly damaged and cracked from age, winters, and war. The keep itself is in poor repair, and were it not for the dungeons beneath also having access to the bottom of Beggar’s Rift, no one would care about it at all.

The map is divided into three parts.