I drew a map of a chunk of Quebec around Quebec city a few days ago – it should make it to the blog in mid-May. But there’s of course a way you can get it (and a few other maps I drew) right now. 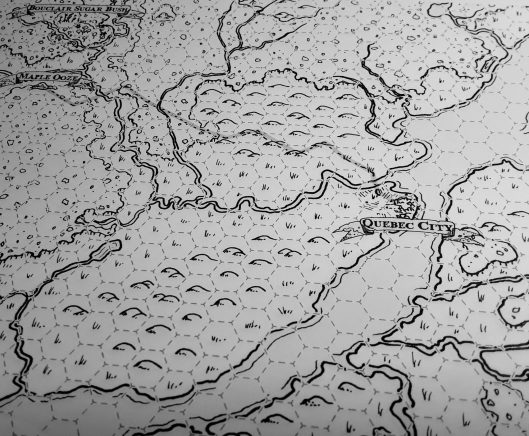 Typical of my work speed, this map was the last part required for the final production of “The Scenario from Ontario” which is now available from Zzarchov Kowolski.

It features two adventures (Sugar Shack Slaughter by Kiel Chenier and Maple Witch of the Beaver Wars by Zzarchov Kowolski), both set in colonial Canada (la Nouvelle-France at the time), featuring maple syrup as the main linking element. Written, illustrated, mapped and laid out by Ontarians.

It is 100% Canadian Content. It is my understanding that they even harvested all the electrons for the digital copies from the frozen Canadian north.

You can buy these two sticky adventures from RPGnow. 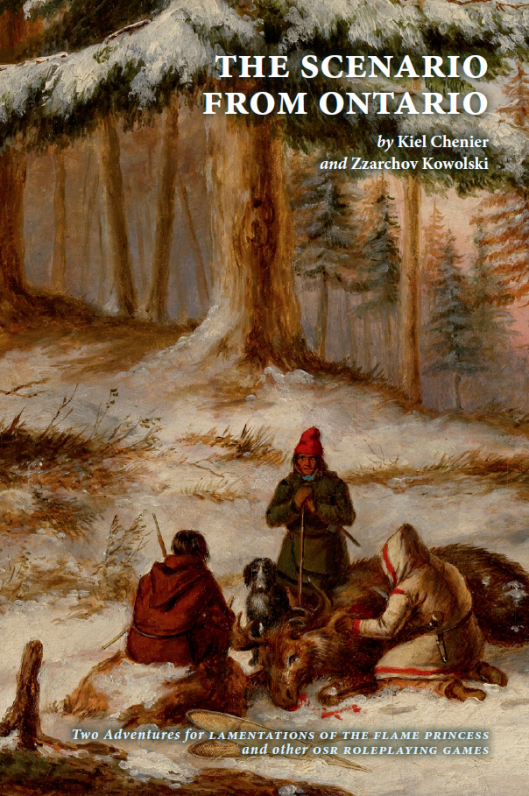 4 thoughts on “The Scenario from Ontario”