Happy Canada Day everyone! To celebrate the birth of our wonderful nation, and to avoid the 47 degree weather, it is time to release the Kraken on yet another unsuspecting waterside village! 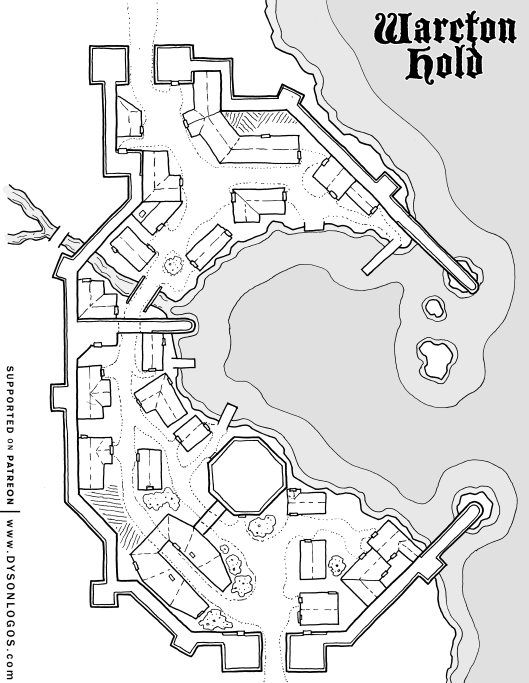 Two hundred years ago the foul giant Auruxvor terrorized the lands along the western shore of the Krumpt Basin from his fortified lakeside “manor”. Padreth Warcton and a group of mercenaries and adventurers put an end to the giant’s reign of terror and with powerful magics they tore his house asunder.

Two of Padreth’s acolytes remained at the site of the old manor and assisted the locals in building a few small fortifications from the stony debris left behind. Over a few years the fortifications and homes became the southern portion of Warcton Hold. The walls and tower on the south side of the hold have many massive stones that still bear the markings of the giant Auruxvor as well as the magical violence that ended his time.

The hold continued to grow. The initial farmers who moved to the hold would leave the town walls to work their fields and herd their animals. Over the years the hold became the centre of local activity and farmers from further away would come to town to trade goods and eventually to acquire fish for a change in their diet once a few local families moved from agriculture to fishing in the Krumpt Basin.

Today there are few farmers who live within the hold itself. A few families who maintain very large farms that are then worked by local tenants are now ensconced here, along with two merchant clans, the local fisher families (who have to clean their catch at an island in the Basin to keep the smell out of the hold), a retired adventurer or two, and of course a number of worshipers of the church that originally brought Padreth Warcton and company here. 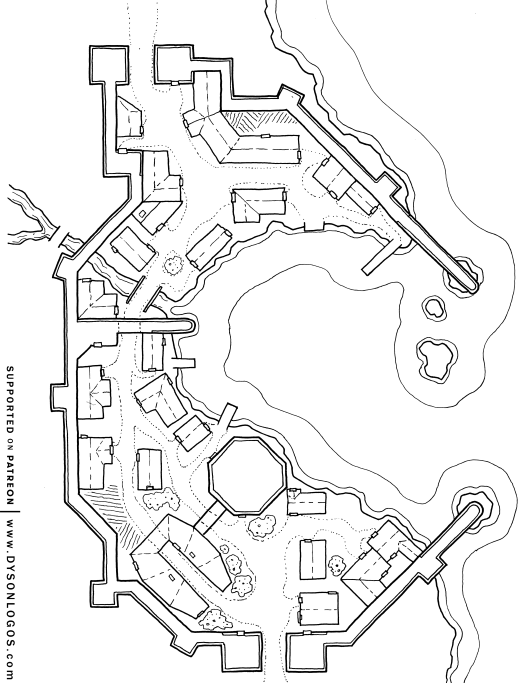 The three most obvious details a traveller notes when visiting Warcton Hold for the first time are the walls, the watchtower and the u-shaped building attached to it.

The walls are of mixed hard stone, much of it worked by the giant Auruxvor and his kin prior to it being repurposed by the locals, and stand fourteen feet tall with battlements mostly along the outer edge. Access to the wall top is via a number of small stone towers built into the wall that are of the same height but have ladders within them to the walls themselves. The walls on the north side of the hold are primarily made of field stone, but share the same construction style.

The octagonal watch tower is a stout four-story affair also primarily made of the giant’s stonework. It is connected by a wall and walkway (with an archway to pass under it) to the large wooden U-shaped structure which acts as the home to the local church and the acolytes sent here to maintain it  from the distant capital.

1 thought on “Release the Kraken on Warcton Hold”