We trekked across the Dry Reaches, searching for the lost Ziggurat of Mur. On the fourth evening we came across the ruins of an old palace or temple, slowly being conquered by the sands. 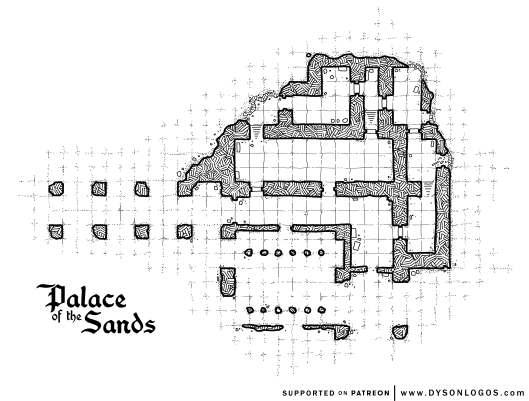 Palace of the Sands

Originally we aimed towards it as an obvious location for a night camp to keep out of the cold desert wind as well as to conceal our fire from other (less friendly) explorers. But immediately we spotted the signs of habitation – trails in the sand, scales, and buried dry scat. We explored quietly but found no actual residents – although one of the upper rooms was being used as a sort of larder with a number of desert lizards hanging from hooks in the ceiling.

They waited until most of us were inside exploring to strike. They climbed out of the sand around the palace, attacking our pack animals and burro handlers before surrounding the palace. They looked like lizard folk, but orange, yellow and brown in colour. They slept in the sands, mobilizing to hunt in the morning and evening. The sand devils were ferocious, fearless, and fought until there were but a handful remaining who ran off into the desert making strange howling noises.

We did not sleep that night, waiting for their return. 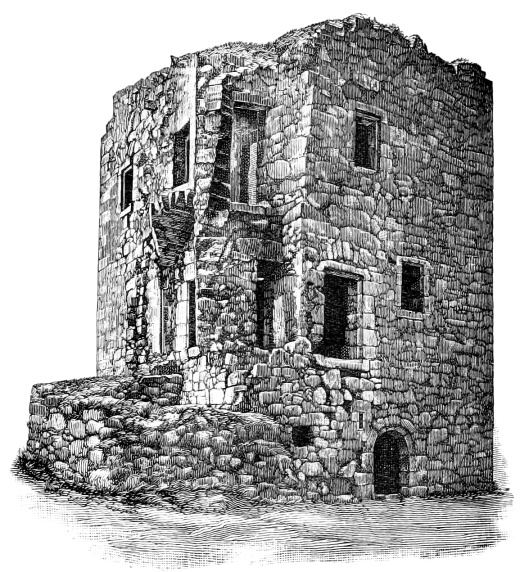 This map was inspired by a conversation about this illustration above – that not enough ruins in RPGs have doorways leading to open space where wooden structures or collapsed areas once stood.

2 thoughts on “Palace of the Sands”