Lets set the time machine for 2014 and grab an old city map for the first commercial re-release of 2019. Welcome to Cliffstable on Kerstal –  a small city that has gradually grown up where the Brown Goblin River meets the Kerstal.

The original name of the settlement goes back to when a single horse breeder maintained a stable on the raised cliff area in the south-eastern shore. Travellers and traders would come by the Cliff Stables to acquire excellent and affordable horses. While there is still a small horse trade in the region, the city is more of an agricultural and trading community in the current era. 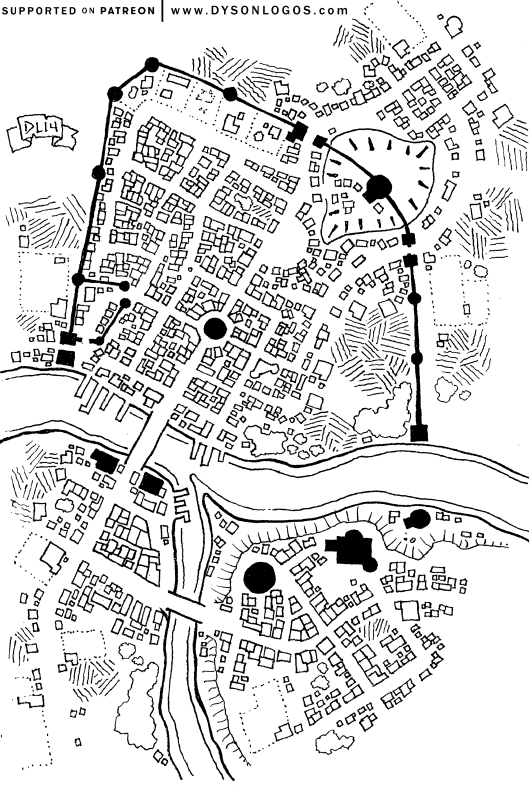 There are two open-air markets in the city – Hillside Market in the north within the walls of the city proper (which often has a very festival-type atmosphere and sells all sorts of handcrafts, foods and treats) and Citadel Market on the cliff itself which deals more in livestock, grains, and larger trade goods.

This map was the result of waiting for two different medical appointments in one day. It was drawn in one of my little (4″ x 6″) dollar store mapping books using a Sakura Micron 005 pen. It’s very very small.

Because of the small size of the original, the lines in the finished piece are a bit rough when you zoom in on the map.