The votes for January’s “Release the Kraken” have brought out a more recent map for commercial re-release: The Many Chambers of Izzel’s Folly

A dense complex of odd chambers and nonsensical halls, Izzel’s Folly is home to at least one foul fiend normally only found in the third glaucous hell and is in turn overrun with foul little humanoids that seem to spontaneously erupt through from their particular hell to accompany (and feed) the fiend. 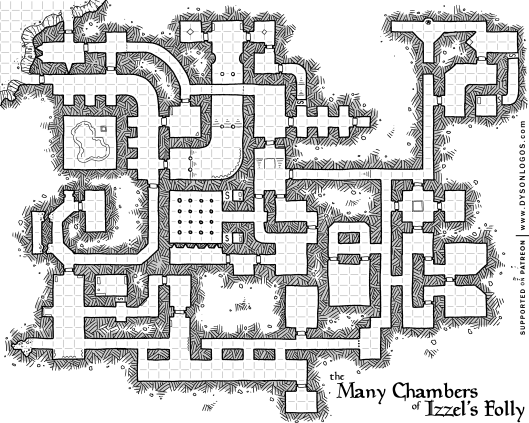 The Many Chambers of Izzet’s Folly

Izzel originally built this as part of a larger structure in their research into summoning forth the many alchemical salts of the yellow hells – but at some point everything went wrong. The surface structures are all destroyed and all that remains are these underground areas which were once painted in all imaginable shades of yellow, but which are now a pale blue-grey (and occasionally green-grey where the brightest yellows still cling). 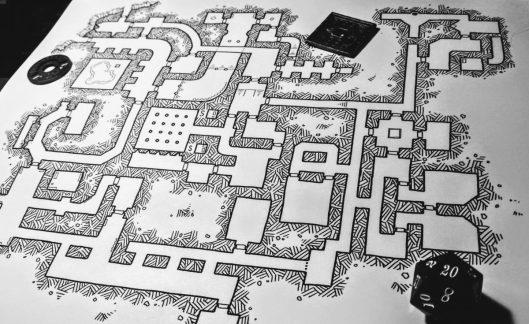 The structures down here include a variety of pseudo-temples (to contact the residents of the yellow hells), strange metamagical machineries, workspaces, grand halls, secret chambers, and even a chamber completely divorced from the rest of the structure, only reachable through passwall, teleportation, and similar magics.

And of course, many foul little demonic beasts.

2 thoughts on “Release the Kraken on Izzel’s Folly”