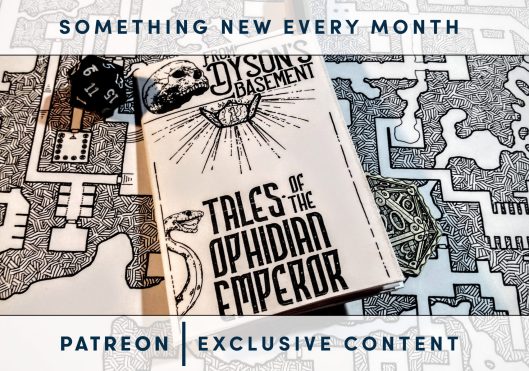 Starting this month I’ll be releasing something via my Patreon Campaign that will not be posted to the blog. Following on my promise and goal of keeping my maps free – the Patreon Exclusive release will never be a map.

Instead, I’m producing other interesting content that meshes my drawing and cartography with some graphic design and whatever my current obsession is to produce game aids. These will be shown off a bit on the blog, but the actual final product will be exclusive to my Patrons for at least a year, after which some might appear as commercial releases for people who missed the opportunity to pick them up through patronage.

This month I’ll be releasing the above pocketmod – Tales of the Ophidian Emperor. It is a one-page system neutral adventure framework built up around a map I posted last year finding and exploring the tomb of the titular emperor. 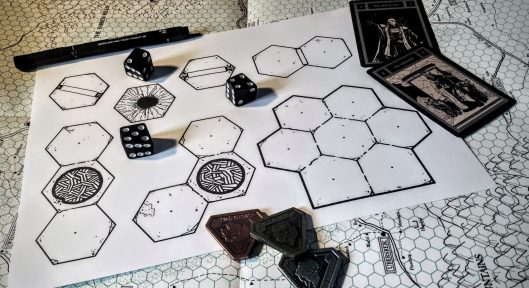 Each release will be available to patrons at any patronage level as a thank you for the continued support. Most will never be re-released after this, and those that are will be commercial releases at least a year after the release through Patreon.

Tales of the Ophidian Emperor will be going live on Patreon this weekend for all supporters. You can get it and future exclusive releases for as little as $1 a month.