Every month I give away something to all my patrons. It is never a map per se (all my maps are free for your personal use already), but is usually a small supplement that I’ve put together using my existing art and maps. 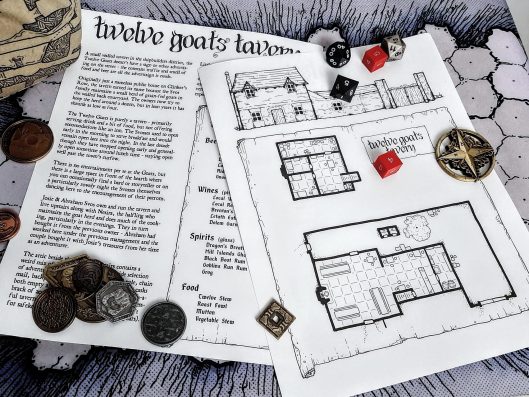 This is the only exclusive thing to my campaign, and everything released in this manner will either never be re-released or will come out as a paid commercial release (but at least a year after release to my patrons).

This month it will be an expanded version of the Twelve Goats Tavern – I posted the map in May, but this expands it into a nice one-page PDF that can be added to your DM binder when you need a tavern on the fly.

(This will be released in the last week of June – you can get it as well as the last two Patreon-Exclusive releases by becoming a patron of my Patreon Campaign.)