I ran across this edited photo sitting in my archives from 2016. At the time I was working on the maps for Waterdeep: Dragon Heist and while we knew what block Trollskull Manor was on, we hadn’t placed it concretely within Trollskull Alley yet.

This is a closeup of one of the maps from the massive map of Waterdeep in the City System boxed set – focusing of course on Trollskull Alley.

I had a side view drawing of the structure to work from, and this (and a few other) maps of the area from various Waterdeep sourcebooks. The shape of the structure makes C the most likely placement, but the least interesting in game play. You can even see the lowest level of the structure off the north end of the building at C.

But that placement gives it minimal access to the alley itself, and instead focuses interest on the actual streets out front. This makes good business sense, but less game fun as it moves the focus of the business to the intersection of Delzorin Street and Whaelgond Way and less into Trollskull Alley itself. 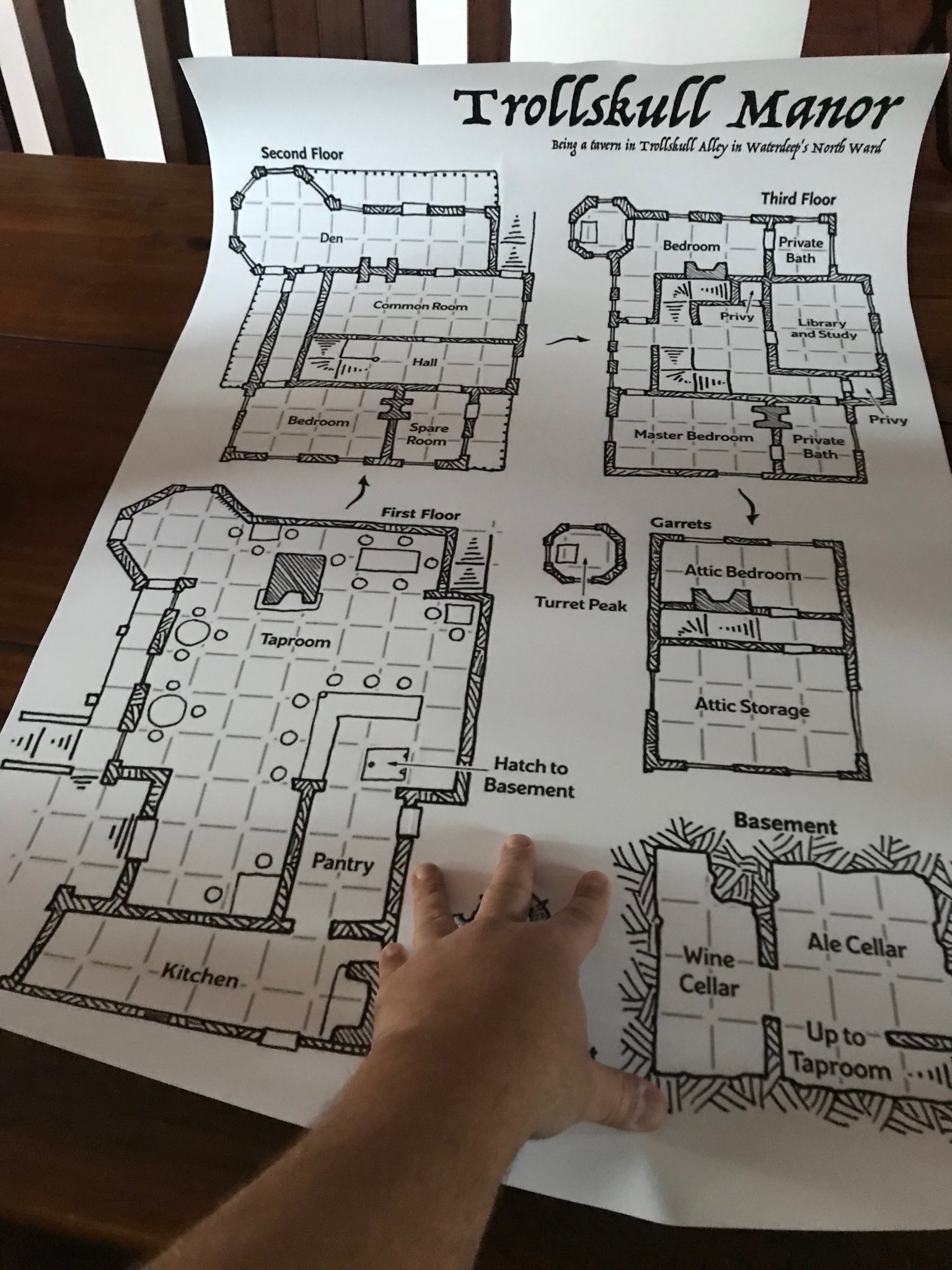 Thus I suggested A & B as alternate placement – giving the manor access to both the alley as well as the largest of the three carriageways on the block. This still makes sense for running a business like this, as it is right at the end of Thunderstaff Way (and the carriageway into Trollskull alley here could easily be mistaken for the continuation of said road).

In the end we went with location B and set the size of the Inn based on that map footprint as we built up both the Inn and Trollskull Alley itself.