This natural cave in the base of the rock of Middenheim is almost exactly where the bodies of the poor are thrown down from the the city above. It should come as no surprise then that it became the lair of a necromancer. 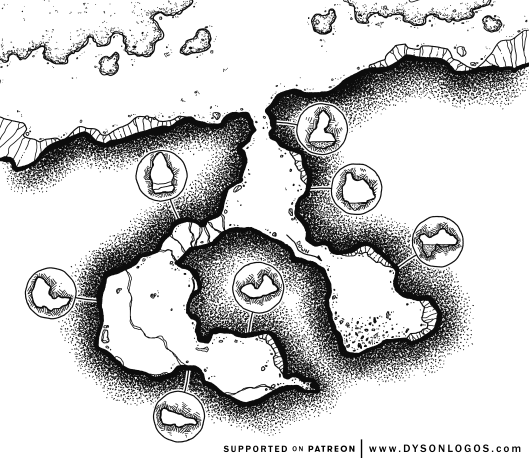 I’ve been running a Warhammer Fantasy Roleplay campaign for almost two years now, and we are approaching the climax of “Power Behind the Throne” which is set in Middenheim. When exploring this cavern inhabited by the remains of the dread necromancer Gurtelrose, I wanted to be able to describe the cave much more like a real cave, with much more variable geometry than shown on a traditional map. I kept it generally game-friendly by including a dirt floor that had built up over the rougher cave sections over the years. The stairs to the upper section on the left also made for a memorable encounter when undead started climbing up the natural “steps” to get to the upper caves behind the party.

The method I chose to do this is one used in a lot of spelunking maps. The top-down floorplan also includes cutaways to show the first-person geometry of the space in question.