The ruins under the Signet Heights are leftovers of the war with the elves – most were there to help produce materiel and magics to fight the elder foes. Many were sealed behind strange arcana or disguised by dwarven machinery and technologies. 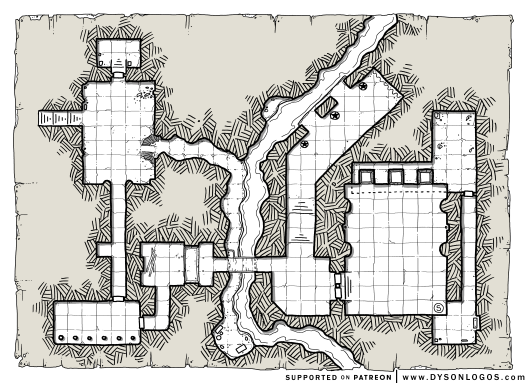 Pits of the Black Moon

The Pits of the Black Moon are hidden behind magical portals that appear in several places in the Heights. Each leads to the same stairway. The site was used as a gathering place for intelligence agents and generals as well as a dungeon for mid-ranking captured foes. The portals in and out only opened when the Black Moon was overhead. Pits of the Black Moon (B&W)

The only other way in or out is along the small river that runs through these subterranean ruins – it originates up in the peaks and comes out of the hills tow hours southeast of the ruins where it joins the Raging Beck River.

3 thoughts on “Pits of the Black Moon”